What Are the Differences Between VRV and VRF Air Conditioning Systems?

But why are more and more companies deciding to ditch traditional air conditioning configurations in favour of this new technology? And even if you know what the technology involves, then what’s the difference between the two?

So, what’s the difference?

This is about as easy as it gets. VRV and VRF air conditioning systems are exactly the same. They’re 100% and completely identical. The only reason they have different names is because of the legalities and trademarks.

But both VRV and VRF are the same technology. Confusingly, they’re two different names for the exact same thing. This is all down to Daikin. Daikin are one of the most established names in the HVAC industry. In the early 1980s, they developed the technology and registered the Variable Refrigerant Volume phrase. Since it was officially trademarked, the term became their property.

Other companies would go on to develop the same technology. As they began to integrate it into their range of products and services, they had to come up with a new phrase. Variable Refrigerant Flow was born, and has since been used to describe the technology (when Daikin aren’t using it).

Because every company except for Daikin markets VRF technology, it’s the more common term for these systems.

We won’t get into the nitty-gritty VRV/VRF detail. Instead, this should be an overview to give you a high-level understanding of how the technology works.

How Does it Work?

To begin with, your VRV/VRF system is in the ‘off’ position. Once a remote control is used to power-up the system, the outdoor compressors begin to function. The system will function until it is switched off.

Sensors will take a reading of the indoor and outdoor temperatures. An indoor ‘optimum’ temperature will have already been set for each space, and the system will begin to work to reach that temperature.

Refrigerant flows from the single outdoor unit and is circulated between all of the indoor units (evaporators) as required. The refrigerant flow is variable, meaning that although it may be constantly flowing, it’s increased and reduced as per the demand in each room.

This is what makes a VRV/VRF system unique. With other air conditioning systems, an entire area would be targeted with the same cooling speed, fan speed and temperature demand. This would all be controlled individually by the user. With VRV/VRF, the system flows continuously but importantly, varies between each indoor cooling unit.

This also means that areas with a higher temperature can be cooled without affecting other areas. As the refrigerant is circulated between the outdoor unit and the indoor units, it is cooled and compressed to remove the heat from the surrounding area.

Why Would You Consider Investing in VRV/VRF?

Many companies around the world have already discovered the benefits of this intelligent air conditioning configuration.

One of the biggest advantages of a VRV/VRF system is that it adapts to the outdoor conditions independently. There’s no need for water-cooled systems or chillers and fan coils. Instead, everything takes place within the outdoor and indoor units. There’s also no water, and therefore no water that requires to be cooled by refrigerant. Instead, refrigerant is used throughout.

Since there are fewer materials to purchase and install, costs are reduced. But VRV/VRF systems are also incredibly efficient and keep your working areas at the temperature you need them to be 24/7. Since each room is cooled to the exact room requirements, it means that every indoor unit uses only the energy it needs to use. Operating costs are much lower than with other systems as well: instead of cooling huge ‘cover-all’ areas unnecessarily, only the targeted areas are cooled.

They’re incredibly quiet systems too, since water isn’t being circulated throughout the piping around the building.

All things considered, VRV/VRF systems are incredibly efficient and significantly reduce operating costs for your business. If you have any questions about commercial VRV/VRF configurations or want to know about their benefits, then please get in touch with our Yorkshire-based team. We’ll be able to help with any of your VRV/VRF enquiries. 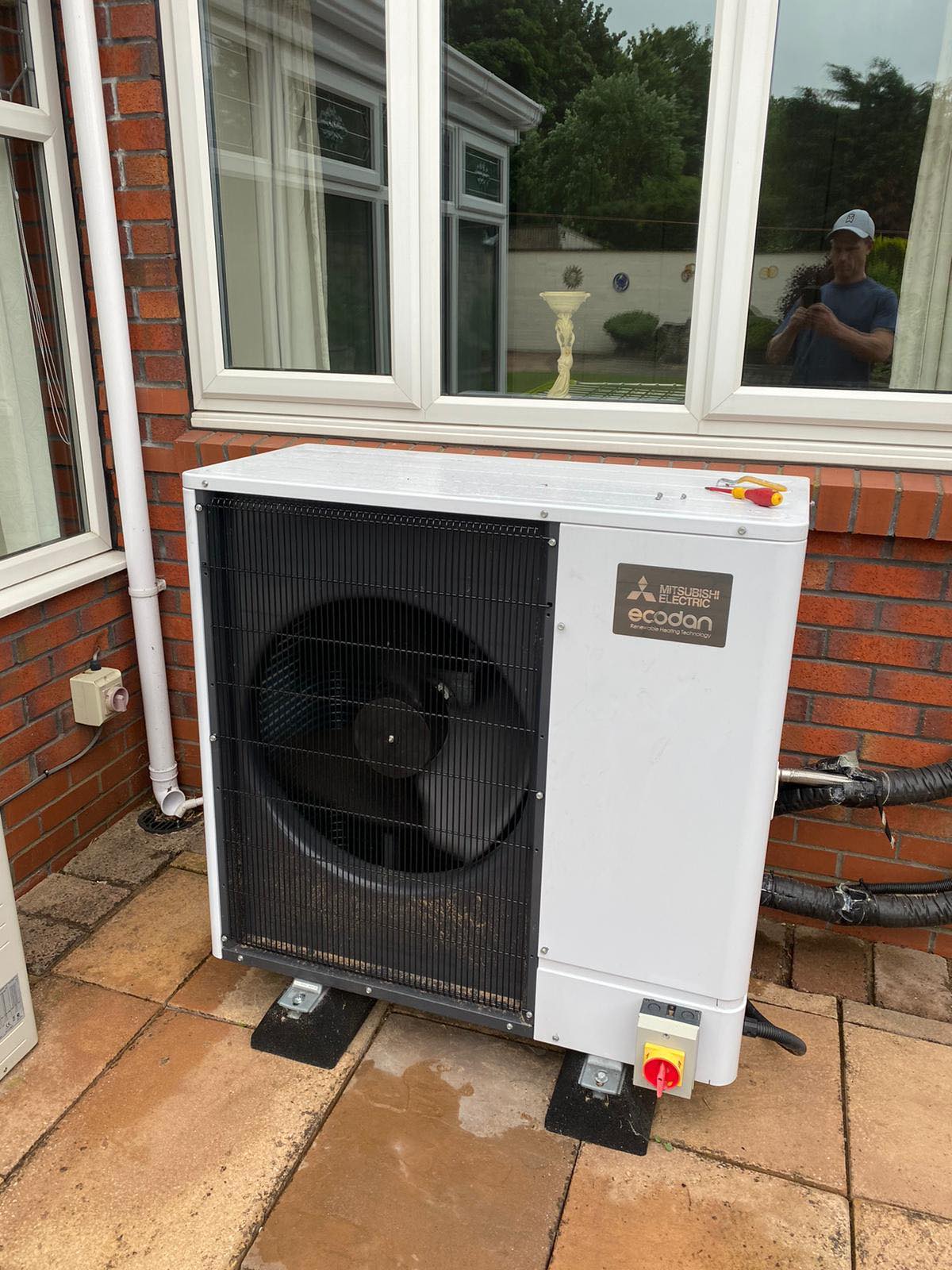 Heat pumps: Renewable and Efficient regardless of season

If you've been looking into heating or air conditioning recently, chances are you've heard of heat pumps.  While their ability to work regardless of season may seem magical to many, this guide will help you…

This website uses cookies to improve your experience. We'll assume you're ok with this, but you can opt-out if you wish.Accept

This website uses cookies to improve your experience while you navigate through the website. Out of these, the cookies that are categorized as necessary are stored on your browser as they are essential for the working of basic functionalities of the website. We also use third-party cookies that help us analyze and understand how you use this website. These cookies will be stored in your browser only with your consent. You also have the option to opt-out of these cookies. But opting out of some of these cookies may affect your browsing experience.
Necessary Always Enabled

Any cookies that may not be particularly necessary for the website to function and is used specifically to collect user personal data via analytics, ads, other embedded contents are termed as non-necessary cookies. It is mandatory to procure user consent prior to running these cookies on your website.